I actually wasn’t planning on doing a launch when this one started. I just wanted to try out hosting a challenge – maybe mostly as a list builder. But then when I had so many people signing up (my goal was just 200!) I got excited to actually make it more like a launch. I thought that with so many participants, I would be able to do a successful launch!

I hosted a 14-day challenge around the theme of self-love. Each day, people would get a video with a small assignment, and below the video I had a button that said: ‘Would you like to dive deeper?’ which linked to the salespage for my self-love course. Then in the video on day 14, after the assignment, I would also do a salespitch similar to the one on my webinar. 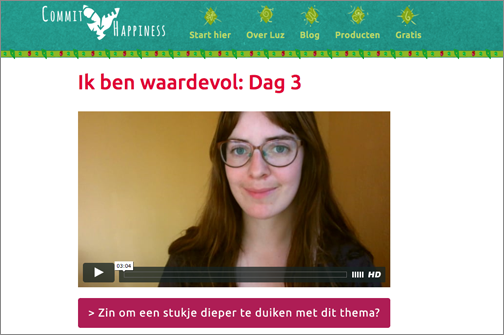 I felt so incredibly devastated when my launch closed and I made only one sale. This happened to be the same day I found out my boyfriend had sort-of been cheating on me and all those things happening together made me cry for hours. I felt like I lost my relationship and I lost my company… while my sister was traveling the world. The three most important things in my life GONE.

Spoiler alert: I ended up keeping my relationship and my company and actually nothing really bad happened now I look back on it. But it has been quite a journey to be able to come back to that place and see everything in a lighter way.

What felt extra horrible about this, is that I had spent two days improving my salespage from my former webinar in May. I watched Amy Porterfields video about this part of webinars again and again and again. I typed out her entire pitch word for word. And then I wrote mine. One that felt so RIGHT to me that it made me cry when I wrote it.

I thought that was a sign it was right… and it felt hard to discover it wasn’t.

Now (as I write this half a year later) I don’t think it was the pitch. The pitch was great. It’s just that I didn’t do any follow-up emails because there was no time for that any more as I planned it out wrong, and maybe a challenge is not the best place to sell.

So many participants was definitely a win! And it was great to discover that a challenge is apparently something that speaks to my audience, so I might use it as a list builder rather then a sales funnel. Or educate myself more on how to properly use challenges to sell. 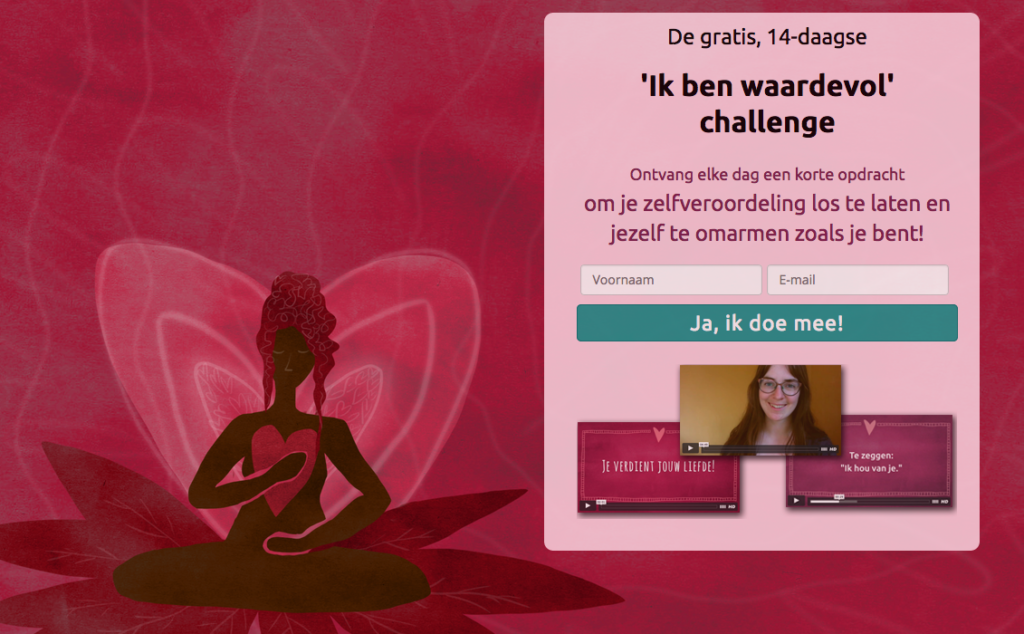 I used my audience’ feedback to decide on the challenge title, which was a great step for me as I didn’t do much audience intel in the past.

Oh and not to forget… a lot of people were very happy with the challenge and mailed me to tell how much it had meant for them :)
Now during my launch that was only frustrating to me as I thought: ‘Okay, everybody loves my free stuff, but when it comes to buying… nobody cares about me.’

Now that I’ve given a place to my disappointment, I can just feel the fulfilment of having helped so many people.

Always plan in enough time for a follow-up email sequence…

And I’m going back to webinars as my way of selling. Challenges might work as well, but it would mean a whole new thing to educate myself on and I think for now I can better stick with webinars and improve my skills there.

Also this launch made me decide that I’m either not launching, or full in. This launch was somewhere in the middle, which brought small results that still were a huge disappointment to me.