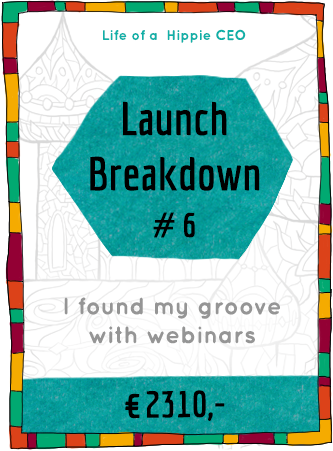 After I had had some rest from #AllTheShitThatHappenedIn2016, I was ready to look into my inner wisdom course again, which I had planned to sell in November initially.

But… the results of my 6 testers were a bit mixed, and I wasn’t sure if the course would bring people results. I asked Amy Porterfield and she said that 6 people was too little to be sure about this. She encouraged me to sell the course together with coaching, so that I could steer people if they were going in the wrong direction and offer extra support where the course might be lacking.

Me being terribly afraid to coach people (‘What if I can’t do it? I don’t know how to be a coach!’) decided to do a group coaching, where people would send me in the questions in advance. It felt like a good mix between supporting people, and supporting my scared self.

I was planning a webinar launch and got very overwhelmed short before the webinar date, because I had to create the webinar AND update some things in the course. After a talk with my mastermind buddy I decided to then turn the course into a ‘live beta launch’. Offering the people about 50% off, and dripping the course.

Secretly so that I had more time to update the content :’) But I also fell in love with the idea of a live course, as I had enjoyed Bootcamp Live so much and noticed that it gave me bigger results than when I went through the course by myself. 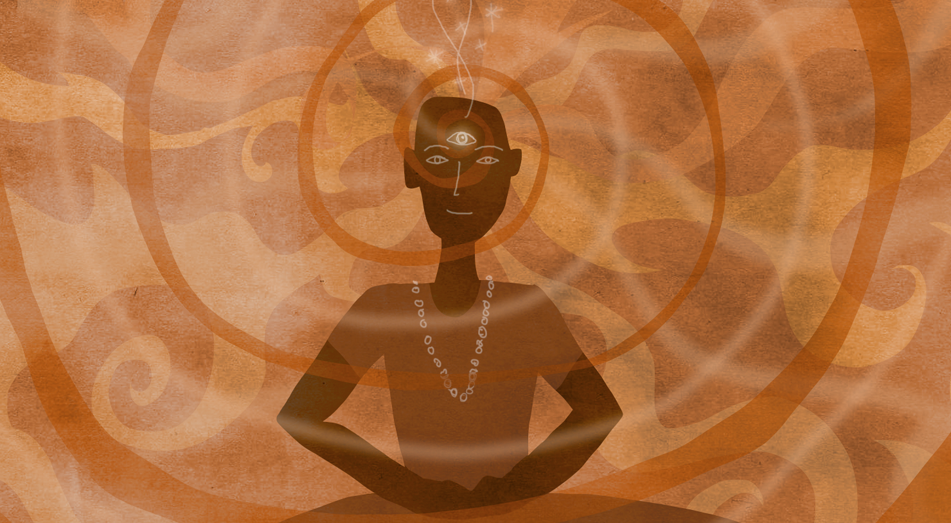 So this launch was again very focused around my webinar. A big change with before, was that I actually did some pre-launching. Before inviting my list to the webinar I sent out 2 emails to warm them up around the idea of inner guides and why it is valuable to be able to access them.

I also gave one of my current courses (an affirmation course, €25,-) away as my fast action bonus – which turned out to be a big mistake. I’m never-ever-ever going to give away something I’m already selling, as a fast action bonus. There were so many people asking for exceptions, sharing that they thought it was unfair etc. Even though I prolonged the fast action period to 1-2 days after the webinar, so that there was time enough for everyone to sign up.

I loved experimenting with this by the way, and am not sure how I want to do it in other launches. I like the idea of offering people some more time, but then on the other hand it has a higher work/energy cost for me. And that leads me right into the struggle part:

I hadn’t realized that because I prolonged the fast action bonus, a bigger percentage of people bought at the beginning of my launch. I was over the moon when 18 people had signed up already, and somewhat assumed that during the rest of my launch +- 18 people more would sign up.

So when on cart close day I ended up with “only” 12 more sales, it was a bit disappointing to be honest. Even though this launch also felt great and I was so proud with my overall conversion numbers!

And then also my life collapsed again during the follow-up sequence, which you can read more about here. Or watch my sharing video when it’s life, that shows it most clearly.

My webinar had a conversion rate of 4,6%, which felt absolutely amazing! For the first time in my business journey, I had that thrilling feeling of: wow, if I did this now… all I have to do is get more people to sign up and I can do it again!

Where as before my conversions were so low that signing up new people felt like an impossible task because I needed so many. With 4,6% conversion, FB ads might be affordable enough to fill my webinar up with.

During this launch I also discovered the movie Moana which was so empowering for me :) I even watched it twice because of that haha.

Oh and I had not expected to get 570 people to sign up for my webinar, that felt wonderful too! Especially because my list was even smaller than during my previous launch and then I had 460 people sign up to the webinar. I’m not sure if inner wisdom was just a hot topic for my audience, or that my warming up helped so much.

So as I said, no fancy fast action bonuses no more.

And I want to be a bit cautious with live rounds. I absolutely LOVED being so connected to my students, but the Q&A calls were also taking a lot of my energy en emotional well-being.

Something that was particularly defect about this, was that I did the Q&A’s every 2 weeks, but then when people sent in a question I felt obligated to ALSO answer them via email because I didn’t want them to have to wait a few days or a whole week. So I was doing double work, while it easily takes me 30 minutes to just write the answer to one single question.

Oh and my administration became a big mess this time. I didn’t yet have the systems in place to automatically deal with all my numbers, and it got very confusing for me how many sales I had actually made and where all the money had gone. :”) I need an easier, non-manual way to find out what sales are made and what kind of sales they are.