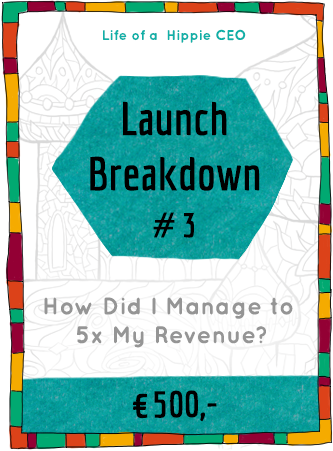 This launch was for my second Commit Happiness e-course: ‘Geliefd van binnen’, a Dutch course about self-love. I am crazy passionate about self-love and had been wanting to create this course for a very long time.

It was my 3rd launch, and after the poor results of my two former launches, I was quite scared to launch again. Would things be different? My mailinglist was only 1,5 times as big. 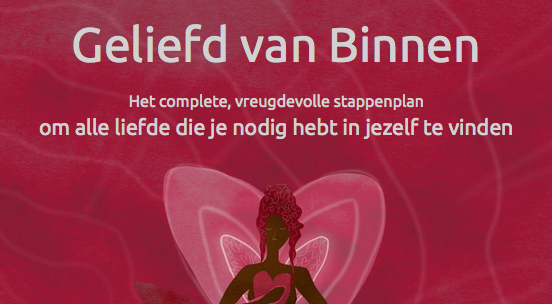 I used Amy Porterfields Webinars that Convert for my launch strategy, meaning I would give a webinar and introduce my course during this webinar. All the attendees would get an e-mail sequence afterwards, and I would send a few e-mails to everyone on my list who hadn’t signed up for the webinar.

I used this strategy with my previous launch and did everything quite similar, except that this time I had two timeslots for my webinar instead of just one, and I also mailed about my course to people who hadn’t signed up for my webinar.

Midway my launch, I flew unexpected to Portugal where I gave one of my two webinars. I thought it would be doable, but it actually harmed my launch. I had technical difficulties during the webinar and took way too long before sending out my follow-up e-mails. I might not have been a coincidence that I made 2 sales during my first webinar (at home) and none during the webinar in Portugal. The amount of people attending was about the same.

And boy, what did I struggle with writing all the e-mails… I felt so salesy. And because I was traveling while writing them (first to Portugal and then later on a co-working break) I felt very disconnected from myself and this made the writing process even harder.

Quick note: it did pay off, as 2 sales came from people who had only gotten e-mails and were not on the webinar!

I got 150 registrants! Considering my last webinar had only 60, this is such a big win! I think the difference had a lot to do with the Queen energy entering my life.

I had 40% of people show up live (which is high!) and almost everyone stayed with me during the sales pitch. Plus, I had two live sales – my highest score so far. A lot of people thanked me at the end of the webinar and said it was inspiring.

I also consider it a win that I had the courage to do two timeslots for my webinar, as I was really scared I would have too little people show up live and it would be really awkward.

This was the first launch I used ConvertKit and it helped me big time. I was able to resend the webinar invitation to everyone who hadn’t opened it yet, giving a big boost in my webinar registrations. ConvertKit also helped me to write different e-mails depending on if people signed up for the webinar or not and if they had clicked through to my salespage.

(Oh and yes, that is an affiliate link you see there. I will most certainly do a happy dance if you decided to sign up through this link!)

Another win for me is that I have really found my comfort zone in launching this way. Of course there is still a lot to learn, but creating beautiful and egaging webinars had become normal for me. How cool is that :) 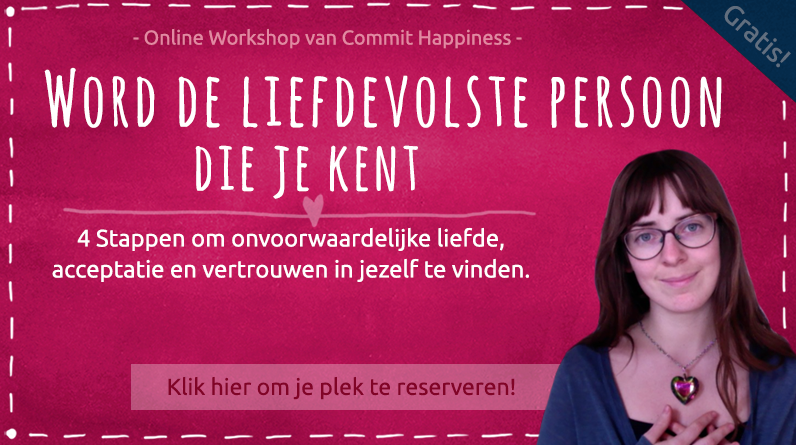 Oh plus…. this is the first time I sold such a high-prized product! I consider this a win mostly because I stretched my comfort zone by doing this, which means I can prize more deliberately in the future.

The higher prize also made it easier for me to create more revenue. Of course we should always prize our products for what they’re worth, but creating a more valuable product can be really helpful for your revenue goals. It’s not twice as hard to sell on a prize point that is twice as high.

The biggest win for me was that this was my most profitable launch yet! And the first one where I wasn’t frustrated by the amount of sales… Of course I would still like to have more but 500 really felt like an amount I could be content with. A number that shows me I can grow, and that I can scale this in the future.

So this doesn’t feel like a big win only because of more money on itself, but because of the meaning I attach to that. I feel on the next level now I’ve managed to accomplish this.

It started to bother me that I had no idea where my webinar registrants came from. I promoted to my list, on Youtube, on Facebook and on my website – but I didn’t know how much ROI I got from all these actions.

So next time, I will make sure to track all the different places people sign up from.

I also want to give myself more space to struggle with the e-mail marketing. I want to plan in a few days to write all the e-mails, and in a sacred place instead of on the road. No traveling during launch time for me no more.

On my second webinar, a lot of people signed off from the webinar almost immediately, I think because I started just a minute late and they thought it wasn’t working. So next time, I want to have my Google Hangouts be on air 10 minutes in advance (with just a picture of ‘starting soon!’) and start on time.