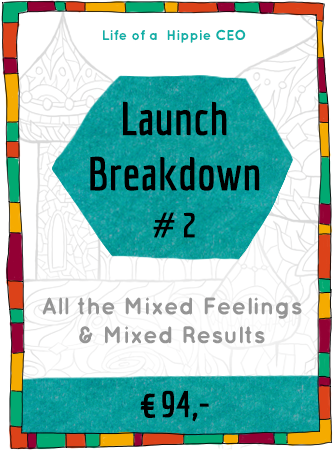 I relaunched my inner joy course that I launched a few months prior, and which was already for sale on Commit Happiness.

My main goal with this, was to get to know Amy Porterfields Webinars that Convert course – a new strategy that I wanted to use for my launches. It was a very robust course with a lot of action steps, so I wanted to try it out on a product that I was already familair with – instead of also having to spend energy on developing and launching an entirely new product.

So as I said, I followed Amy Porterfields webinar strategy for this launch, meaning I would promote my webinar and on this webinar promote my course. Afterwards I sent out e-mails to everyone who had registrered for the webinar. 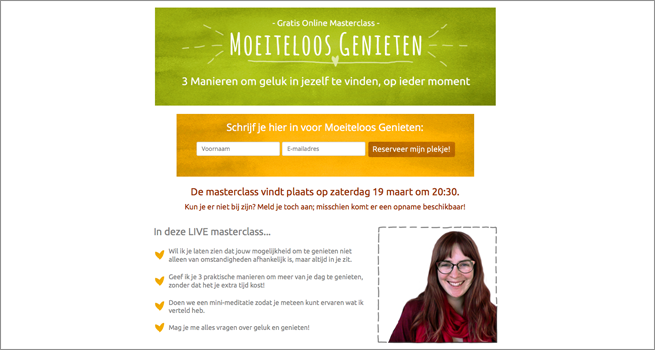 I didn’t send sales e-mails to my general mailing list, because I couldn’t filter out the people who had registered for the webinar, and I didn’t want to stalk them too much.

Regarding the work I put in, this launch went so much easier than my first one. I started to see the benefits of already having my course in place and being more familair with launching.

My biggest struggle was in the small amount of sales I got from this launch. I thought it would be so different now that I had 450 people to mail instead of 20! But strangely enough, although I had more people and a much much better webinar, I made less sales! The only difference was the new price point of €47 instead of €37 (my first launch) and I can’t imagine that making such a big difference…

This same product sold twice in January (for €47), when I didn’t put in any effort at all. And now with my launch, I had the same amount of sales.

Making so little money again was really difficult for me, as I attached so much meaning to it. It made me wonder if I was even capable of being an entrepreneur. Did my product just suck? Did I just suck?

During this (demotivating) launch it was extra important to point out my wins. I want to encourage you to always write down your wins as well, no matter how small they are! They help you to see you are making progress, even if revenue numbers are not increasing (yet).

‘Cause wow, 60 people registered for my webinar and 22 showed up live! My first webinar had just a few people on it, of which one was my sister.

This webinar was also 100 times better than the former one I did (on the same topic), thanks to everyhting Amy tought me. She opened a new world for me and inspired me to create beautiful, engaging webinars. 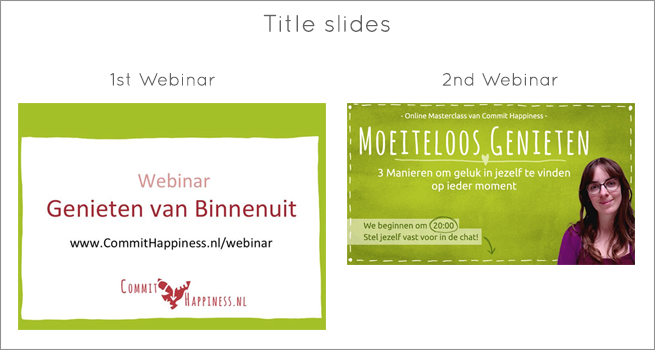 People were really active in the chat and I felt so connected to my audience! I discovered that I could actually enjoy giving webinars.

I also succeeded in my goal of getting more familair with Amy’s course, although there is still a lot more to implement.

Another big win was the fact that I gave a Q&A at the end of the webinar. I was so scared to do so, because I thought I wouldn’t be able to answer any questions and it would be really awkward. Turnes out, I could answer every single question and I even liked this part of the webinar the most! It feels so good to help people :)

I struggled a lot with selling, but it was also very valuable for me that this problem surfaced, as I can be better prepared next time.

Spend more time and energy preparing the sales pitch on my webinar, I kinda rushed this one because it was the last thing I had to do and time was running out.

Send out e-mails to non-registrants as well.

And say less ‘ehm…’ during my webinar, haha.

Make a difference in YOUR biz!