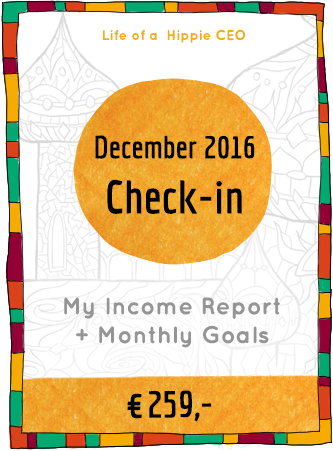 You might have noticed that since November, my list is pretty stagnant… The reason for this lies funny enough in the massive growth it had in October with the virtual summit I organized.

As always a certain percentage of people unsubscribe with every broadcast you send, you can figure that this means my unsubscribes went up as my list became 2x as big. Currently that amount equals about the amount of new people that subscribe every month (I think it’s around 200). 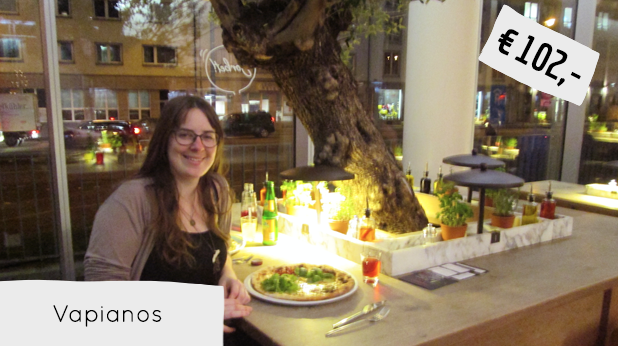 Income goal: €200,-
I’m so glad I finally seemed to have reached the €200 monthly passive income mark :) Well sort-of passive, as I did talk about Leonie’s workbooks in the p.s. of my newsletter, which brought in the €70 affiliate income.

I thought I’d be having a hard time to earn “so little” again after the launch in November, but I’m actually doing quite okay, haha. Chances are my launches in January and February will make those €1000+ months again, and I feel quite confident (more confident than I’ve ever been at least…) that I will make a total year revenue of €10.000 in 2017.

Then on the other hand I do feel some fear… A resistance too. Screaming: Noooo… I never want to go back to that place where I barely earned anything!! 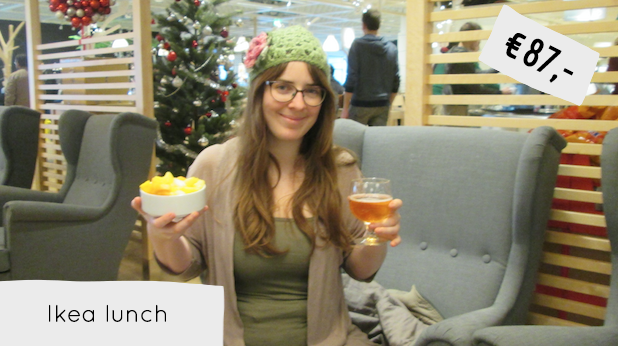 Create a new welcome video voor CH
I wrote the script for the video and am now working on it with my intern/best friend, who will make an animation around the video. I actually wanted to record a first version already to put it online (just without the animation), but now that I decided to work with greenscreen and natural daylight, I can only film it on a sunny day. Which…hasn’t happened for some time.

Update/redo the about page
Nailed it! :) It’s so much better now!! I made it more about them instead of us/me. I incorporated social proof and quite professional yet playful looking images. The only thing that I have to add in the near future is an opt-in form.

Do some other website maintenance
I almost finished all of these tasks as well :)

Fill out Leonie Dawsons’ Shining Year workbooks
My biz book is almost ready, the life version still needs some more attention… I had so many insights during this process! One of the biggest was the realization/message from my soul wisom that every stage of business has it’s own lessons to learn for me and I will always stay as long on that level as I need to find the lessons. So that means that if I want to go to the next level sooner, I should focus on opening myself to learn those lessons.

Upload at least two meditations to Youtube.
I did one… It wouldn’t have been that hard to upload a second one as I have still 10+ recorded meditations on my computer (meaning I only have to edit those and upload) but I got stuck because I didn’t know which opt-in to guide people to by the end of the meditation. They are all on themes I want to build salesfunnels for in the future, and as you’re not allowed to edit your videos on Youtube… I didn’t want to upload them now that I can’t guide people to the first step of that sales funnel.

I do realize that this is a massive block, and if I really want to upload weekly I have to find a way through this. 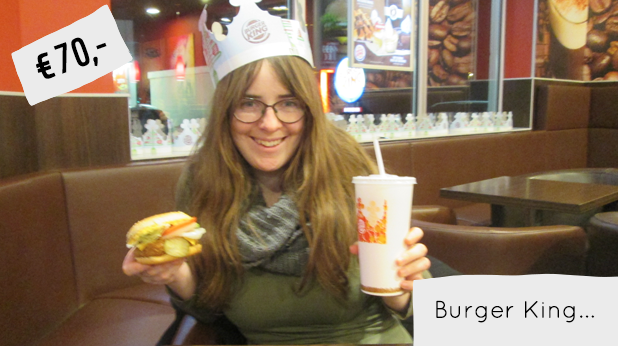 Create the space to start writing my book.
Oh my, I barely forgot! At the beginning of the month I decided to take 3 weeks of from Commit Happiness to write my book. Then after day 1 I got so blocked and frustrated I let go of that plan… It wasn’t easy, as I was quite hard on myself for yet again not sticking to my writing plans. And then when I developed a more loving attitude towards it, I completely forgot about it, distracted by my Youtube videos dream…

I really still want to write the book, and want to find some spare evenings in which I can make some progress. I’m stuck on not getting clear on the outline and chapters for my book. It’s really hard for me with this book, as it is non-fiction and fiction at the same time. 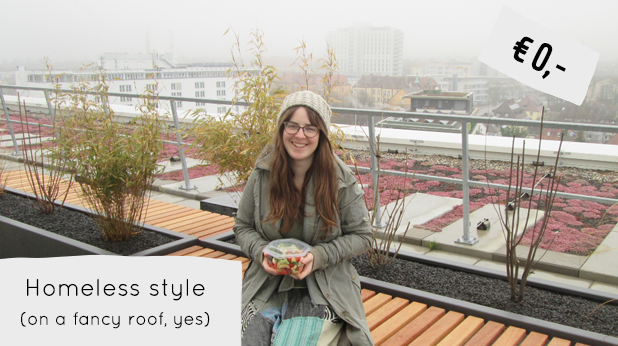 Didn’t yet find the motivation for a dreamboard again. But I did make a lovely dreamboard for 2017, that is reminding me to focus on self-love and self-care most of all, and just see what will be created and manifested from there.

I expect the biggest chunk from my revenue to come from the launch for my new inner wisdom course. I’m going to take all the lessons and experience from my previous launches, and try a few tweaks to make it just a little better again.