A new why: the no-why

I figured it must be weird to read my Light Millionaires story, to see through how much shit I go and that I still don’t quit. I feel almost ashamed to admit how much pain this journey has brought me and that I’m still trying to ‘make it work’. This week I feel hesitant to tell my friends about this project because if it would be as difficult for them as it has been to me, I would feel bad that I’d put them trough so much pain.

But here I am, re-realizing how much I have to do this. 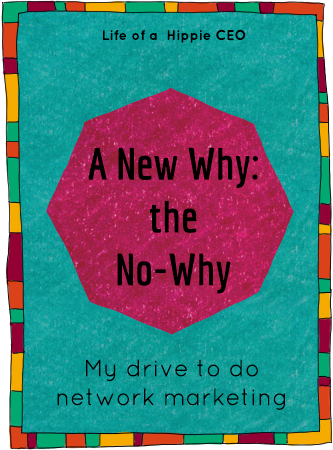 I’m letting go of why.

It’s a little bit harder for me not to assume that this will bring me the personal growth I’ve been looking for. Some major, life-changing epiphany that won’t occur without growing pains. Maybe it will, maybe it will…

But I want to let it all go.

And only focus on that feeling deep inside me, that this is the right thing to do. I don’t feel it all the time. But after every ‘disaster’ I keep coming back to this place. And now I can still find it while I completely let go of my money goal. Isn’t that peculiar? That now that my whole WHY seems to be breaking down, I can still feel a different kind of why? An unspecified why that has no reasoning behind it.

And what a relief… to so aimlessly flow with what will happen in this project. And still know that it is the right thing I am doing.

Lessons of the wise man

I’ve introduced you to uncle Iroh before, from Avatar the Last Airbender. Today I watched an episode where he shares his story. A long time ago he got a vision that he would be conquering Basing-Se, the capital city of the Earth Kingdom. At that time he was still with the fire nation, and with an army he went out to conquer Basing-Se.

He lost his son in the battle.

Years and years later, Iroh switched sides in the war and is back at the walls of Basing-Se, that is now conquered by the Fire Nation. And he knows: it is his destiny to re-conquer Basing-Se, so it can be part of the Earth Kingdom again.

Isn’t destiny a strange thing? Let’s see how mine unfolds.